Everything you need to know

Written by Levi Williams
Updated over a week ago

What is Verkada Alarms?

We allow for full customization of your alarm settings through the Command interface. You can create or transition existing sites and sub-sites to become an alarm site to configure and set alarm triggers with different arm schedules, video verification, and notification lists ad hoc to ensure that you have the most accurate threat response as the needs of your organizations change.

By leveraging existing Verkada cameras we are able to provide real-time contextual video of trigger events virtually eliminating false alarms by providing a 30-second video clip to our monitoring agents to filter out true threats at no extra cost.

You can experience the simple and intuitive process firsthand by starting your free 30-day Alarm Trial.

This 32-input BP41 wired alarm panel can be used to integrate with third-party NO/NC sensors, such as door/window contacts, motion sensors, glass break sensors, or panic/hold-up buttons. The panel includes 2 programmable 12V power outputs so that sirens, bells, or strobe lights can be turned on in response to an alarm. 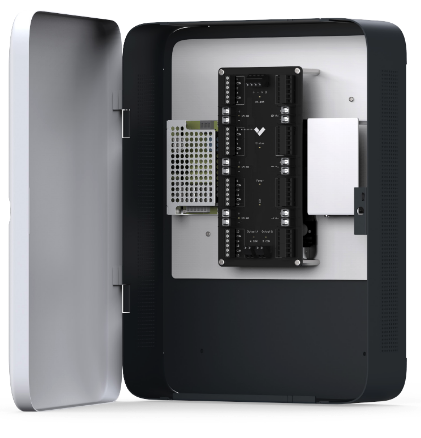 The BC51 alarm console replaces the role of the traditional alarm keypad with enhanced functionality. In addition to arming + disarming a site, the BC51 acts as a camera, recording live video and storing historical recordings of arm & disarm events. In addition, the console itself can display a live event feed and a device status page. The console can also act as a digital panic button to call emergency services. Finally, Command users can make video calls to the Verkada console. The BC51 ships with an all-metal secure wall mount from Heckler and is powered over PoE via an included lightning-> PoE adapter. 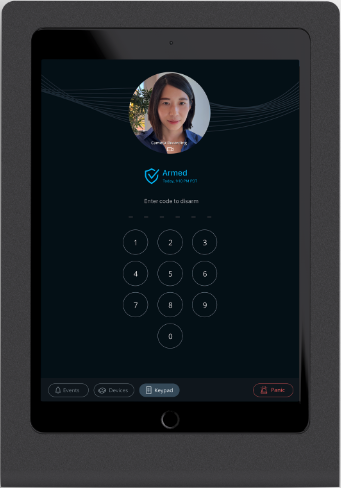 The BH61 wireless alarm hub supports up to 60 wireless Verkada sensors. The typical unobstructed line-of-site range is up to 1,000 ft. and up to 200 ft. in typical office environments. The hub comes with a built-in backup battery to keep the system powered up to 12 hours in the event of a power loss. 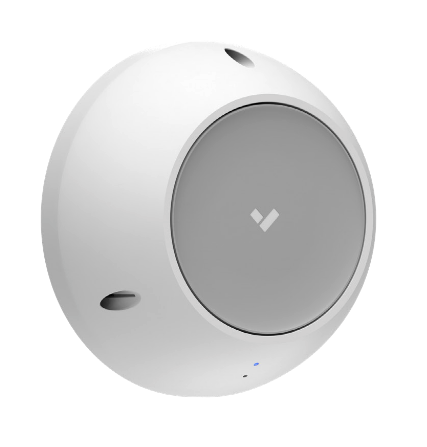 The BR31 wireless door sensor is powered by 2 CR123A lithium batteries and has a battery life of up to 10 years. Configurable door gap width up to 5cm / 2in to support different installation requirements. Optional configuration as a universal transmitter that allows you to use internally wired input terminals to convert signals from a separate two-wire sensor into wireless signals that can be received by the BH61 wireless hub. 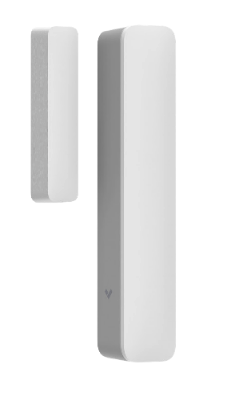 The BR32 wireless motion sensor is powered by 2 CR123A lithium batteries and has a battery life of up to 5 years. The sensor uses passive infrared (PIR) to detect changes in infrared light within a 90° horizontal field of view and 32 ft / 10m detection range. Pet/animal resistant up to 80 lbs. 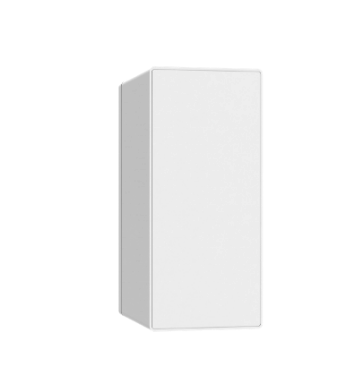 Te BR33 wireless panic button is powered by 1 CR123A lithium battery and has a battery life of up to 5 years. Allows for custom alarm actions configurable in Command. Supports both wall/desk mounting as well as mobile use, with a built-in lanyard attachment loop. LED provides immediate feedback on whether a panic signal was successfully received by the hub. 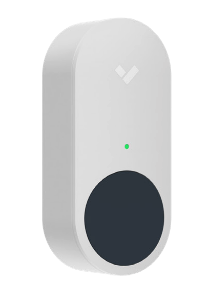 The BR34 wireless glass break sensor is powered by 1 CR123A lithium battery and has a battery life up to 2 years. The sensor uses dual detection to reduce false positives by requiring both impact and successive shattering frequencies to trigger an alarm with a detection range up to 15 ft. / 5 m. 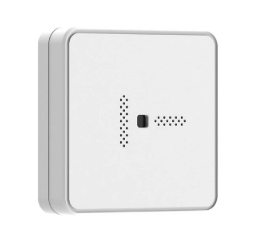 The BR45 wireless water leak sensor is powered by a CR123A lithium battery and has a battery life of up to 5 years. The sensor has a 2.1m / 7ft extended probe that allows for precise placement in areas at risk for water leaks. 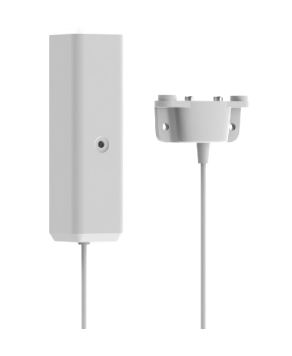 The ACC-CEL-LTE cellular backup module is a plug-and-play solution that is powered by USB 2.0 connection to the BP41 alarm panel or BH61 wireless alarm hub. This module provides a multiple network LTE connection (AT&T and T-Mobile) with automatic failover to the best available network. Including an unlimited data plan for alarm signaling included in the license. 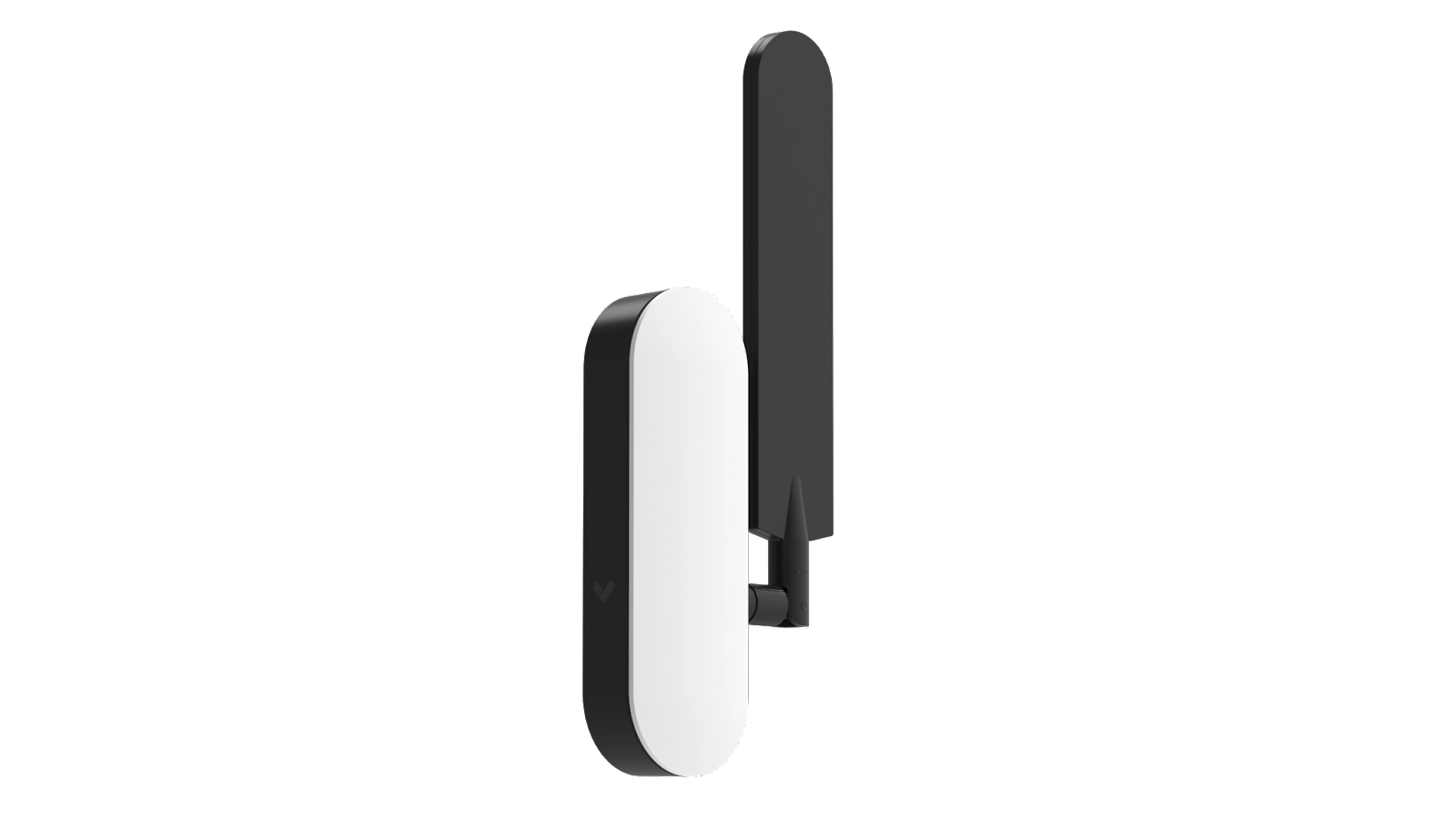 How do I set up my Alarms Environment?

Getting started is as simple as designating your existing sites or creating a new site to be an alarm site. All Verkada devices that exist in this alarm site can be configured as triggers to raise an alarm.

This guide will show you how to turn an existing site into an alarm site or how to create a new alarm site and add your existing Verkada devices to that alarm site to be configured.

How to Configure your Alarm Site

This guide will show you how to configure your dispatch address, existing Verkada devices as alarm triggers/actions, notification list, emergency dispatch/video verification settings, as well as how to customize different rule sets to fit your organization's needs.

This guide will show you how to configure and wire inputs and outputs to your BP41 Alarm Panel.

Setting up your BC51 Alarm Console

This guide will show you how to set up and use your BC51 alarm console.

Setting up your Wireless Alarm Devices

This guide will show you how to configure, test, and set up your wireless alarm devices.

How do I Specify User Permissions?

How does Alarm Licensing Work?

The Alarms license is what gives users access to Alarms functionality in Command, including the ability to arm/disarm sites, 24/7 professional monitoring with video verification and emergency dispatch capabilities. One license is required per physical emergency dispatch address and there is no limit to the number of trigger devices or Alarm Sites.

This license covers a single BC51 alarm console. The console has elements of a keypad, camera, panic button, and intercom combined in a single platform.

This license covers a singe BH61 alarm hub. This alarm hub supports up to 32 wireless Verkada sensors and has a built-in battery backup to provide up to 12 hours of uptime in the event of a power outage.

Please see Compliance and Availability for service in your region.