Standards-based ratings regarding resistance to impact and environmental conditions

Written by Levi Williams
Updated over a week ago

Verkada cameras carry specific ratings which have to do with the camera’s capability to withstand physical impact (“IK”) and specific environmental conditions (“IP”).

The IK rating is a scale of 0 through 10 and each level of testing describes an increased level of physical impact testing. As the scale increases, the impact tests are performed at greater distances, with stronger materials, increased mass, and different types of striking instruments: 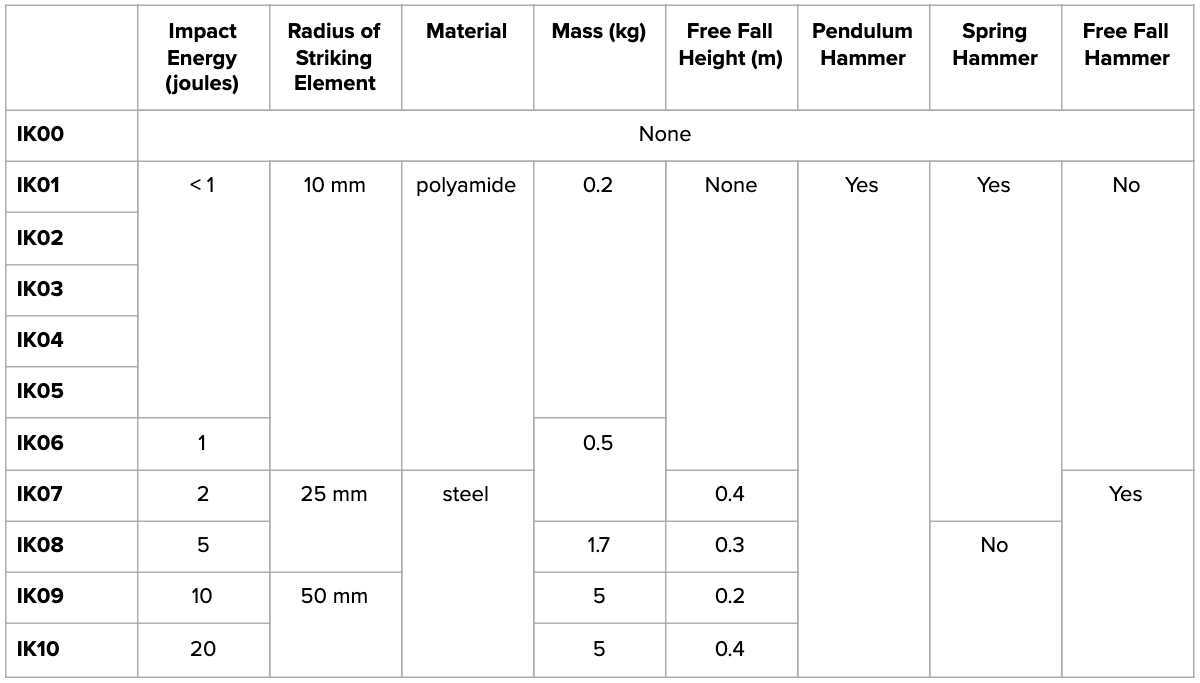 Verkada’s CM41 indoor mini-dome and the interior CD series domes are all IK08-rated and the CM41-E, Outdoor CD Series Domes ("-E" in the part number), CF81-E Fisheye, and Bullet cameras are all IK10-rated.

Each camera's ratings are listed on their respective datasheets which can be found at https://www.verkada.com/docs/.