All Collections
Access Control
Configuration and Setup
Request to Exit

Written by Eden Taitt
Updated over a week ago

REX, or Request to Exit, is a type of sensor commonly used alongside access control systems to automate the opening of doors and expand event sensing capabilities. This is normally achieved by using a technology called Passive Infrared or PIR for short. This operates by detecting temperature changes that would indicate a person in its field of view. Upon detecting this, it sends an electrical signal to the access control unit such as the Verkada AC41. The access control unit can then utilize this information in a variety of ways.

Verkada is also capable of using a REX to detect door forced open events when paired with a Door Position Indicator or DPI. This event will trigger when the DPI detects the door being opened without the REX detecting anyone. This allows security staff to know quickly when a security breach occurs and use the footage automatically tied to the event to respond accordingly( if a camera was added to the door). 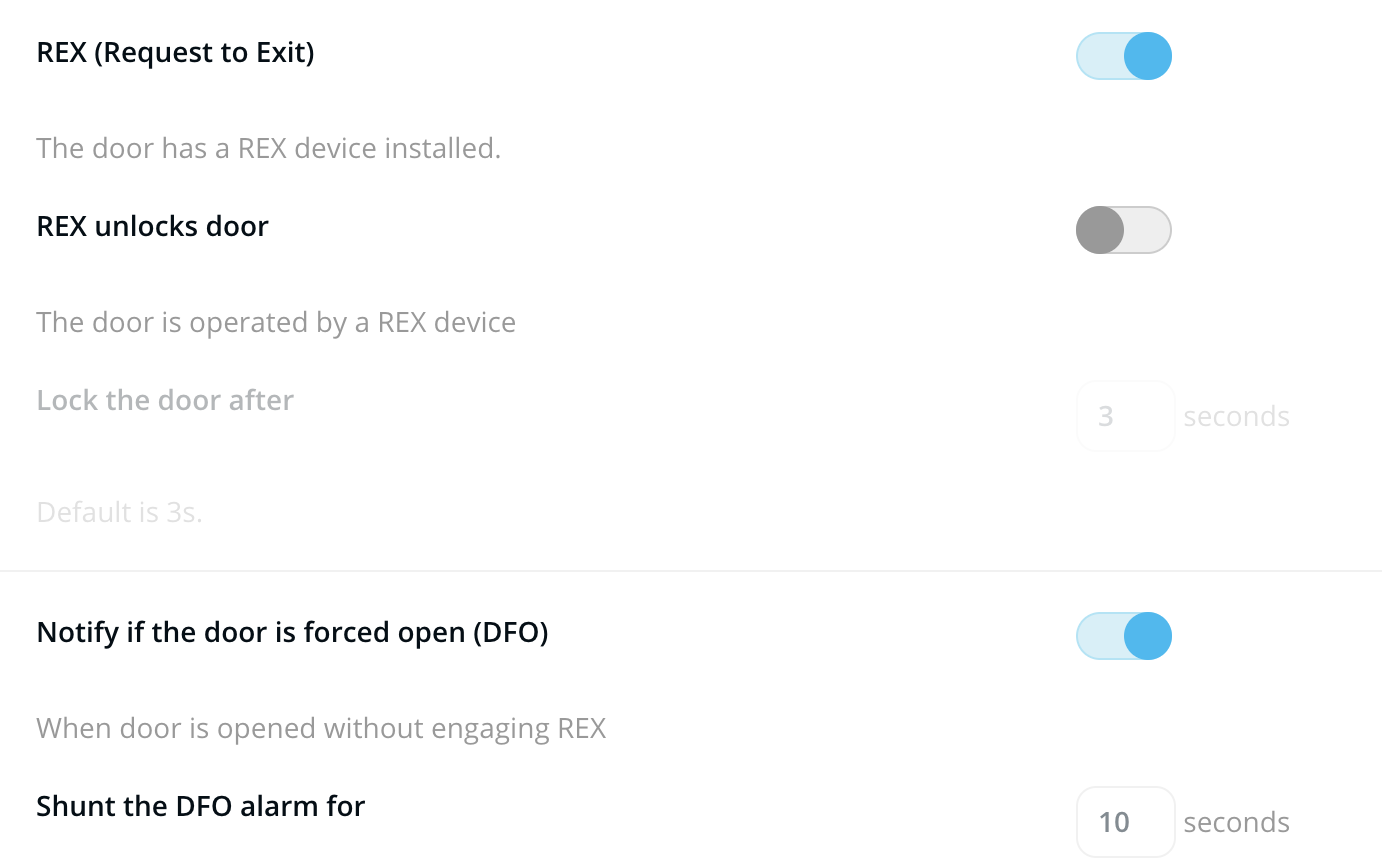