Configuring and Wiring Inputs and Outputs on the BP41

Instructions on wiring inputs and outputs to your BP41 alarm panel

Written by John Shultz
Updated over a week ago

The Verkada BP41 is a 32-Input alarm panel that allows customers to connect up to 32 existing or new wired intrusion sensors and 2 programmable 12V outputs for alarm signaling. 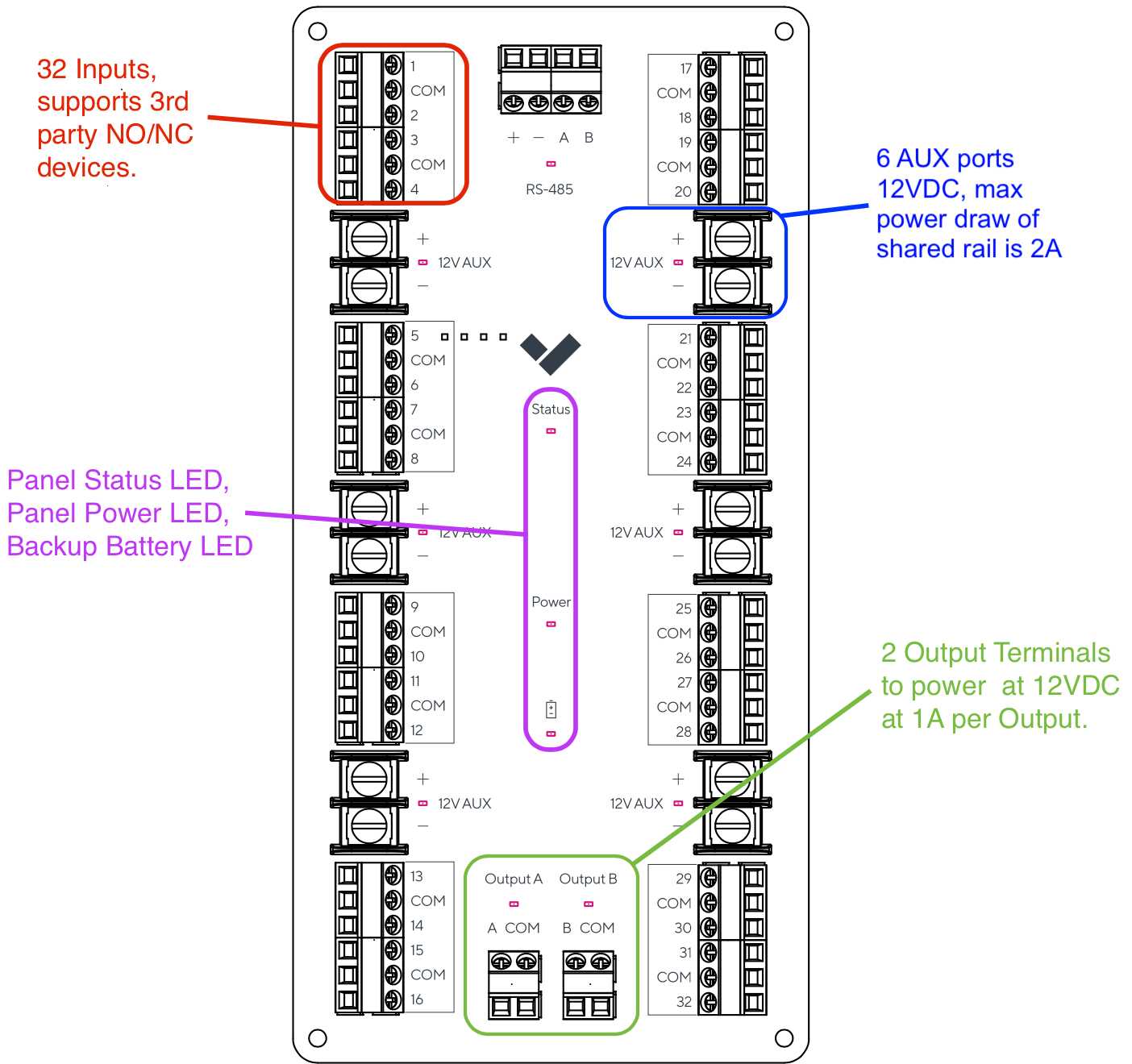 The Verkada BP41 supports all third-party NO/NC sensor inputs. These sensors are typically classified as two-wire and four-wire devices.

When you configure an input device, you can specify the normal state as either Normally Open (NO) or Normally Closed (NC). In most cases, door contact sensors, glass break sensors, and motion sensors are wired normally closed. When the circuit is open, such as an open door with separated contacts, the panel would detect the change from a closed to an open state and trip the alarm.

Panic buttons and water sensors are generally wired normally open. When the panic button is pressed or when there is enough water to complete the circuit in a water sensor, this would be detected as a change from an open to a closed state and trip the alarm.

The Verkada BP41 has 2x 12V programmable alarm outputs, with a max power draw of 1 amp each. The most common output devices are sirens, bells, and strobe lights that are activated when an alarm is raised. From Command, users can select outputs to turn on in response to an alarm. When an alarm is raised, the panel supplies power to those outputs. Multiple output devices can be wired in parallel so that activating a single output can turn on several devices simultaneously.

Ultimately, there are many variables that come into play such as wire gauge, material, solid/stranded, and environmental noise. The best way to ensure valid operation is to measure the resistance of your wire.

The max line resistance should be less than 100Ω.

Of course, in a real-world application, it will prove difficult to measure end-to-end wire resistance with a sensitivity of 100Ω for existing building wiring. The below table serves to provide a rough guide to the maximum length depending on AWG.

Two-wire devices, such as door contacts, are wired to an input and COM terminal. It does not matter which wire goes into which terminal.

Four-wire devices, such as motion detectors or glass break sensors, have two additional wires to power the sensor. These devices will typically have the following terminals: Pos (+), Neg (-), COM, NO, and/or NC. There is no specific wiring coloring convention, but it is recommended that whatever color convention you use - you stick with it.

In our wiring diagrams below we demonstrate:

Wiring a two-wire device into input 17

Wiring a four-wire device into input 18

Wiring an output device into Output B 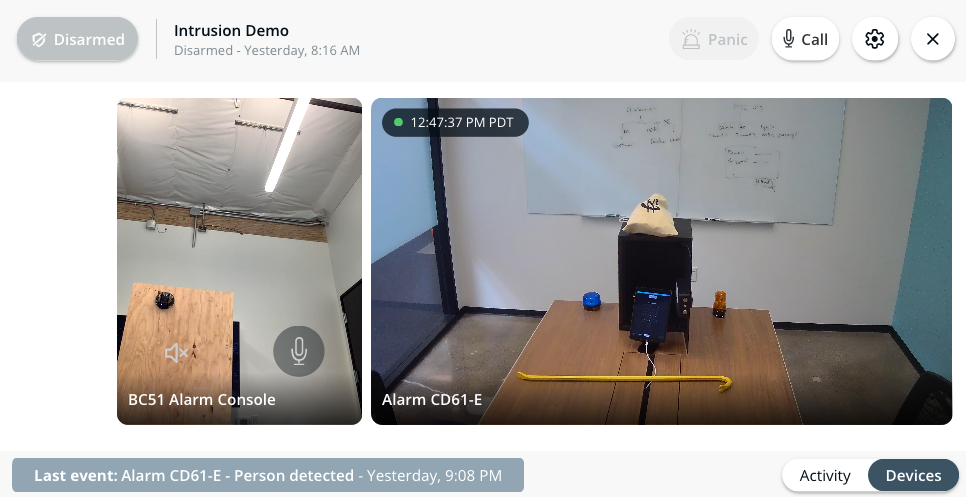 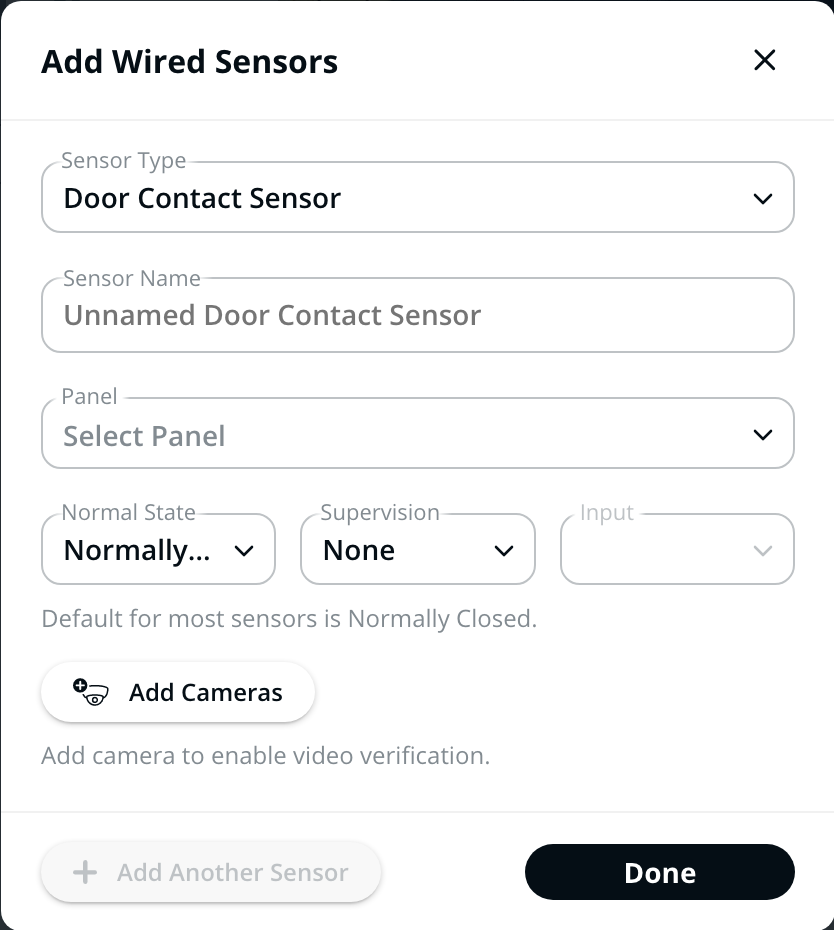 When configuring an Input you will set the following: 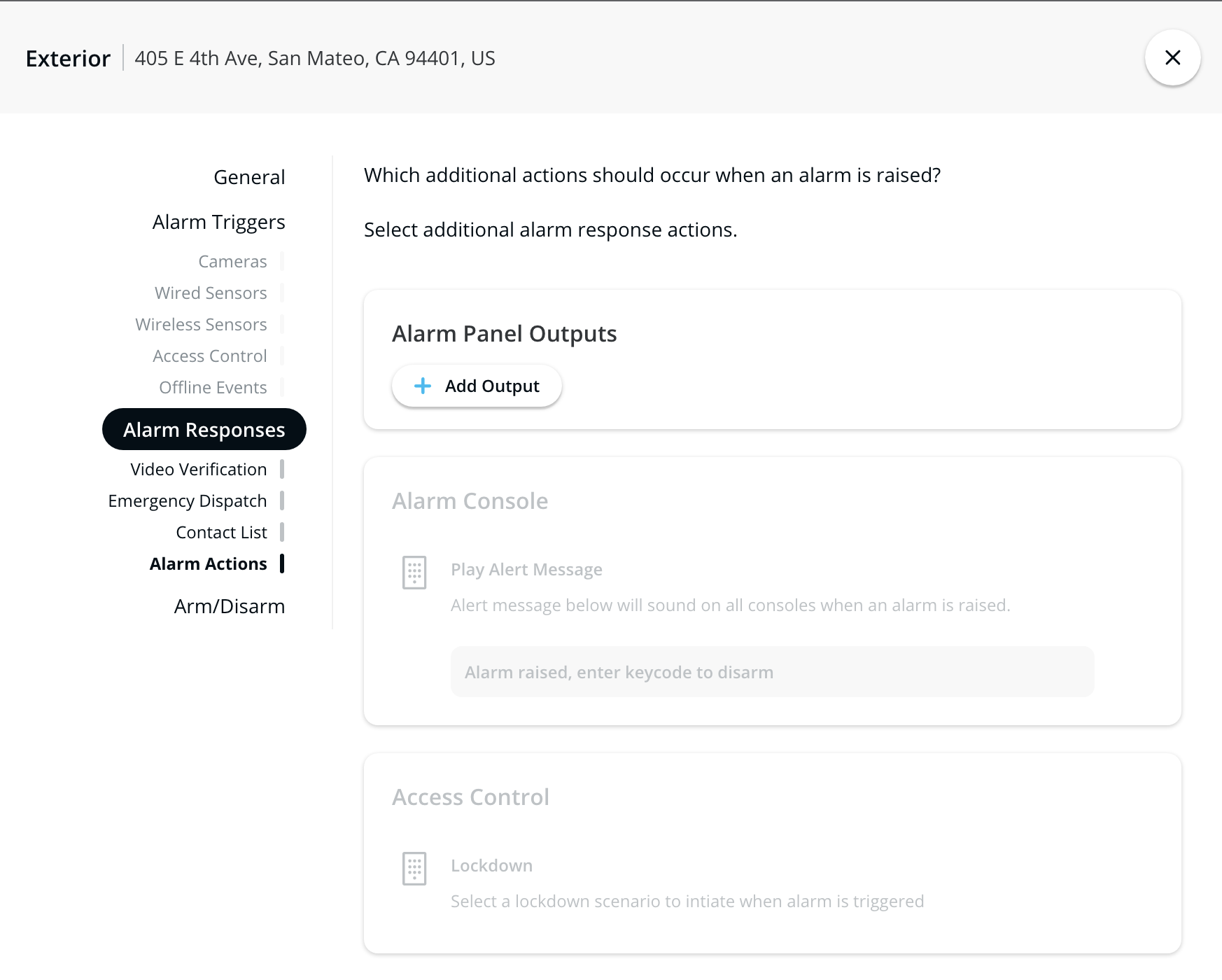 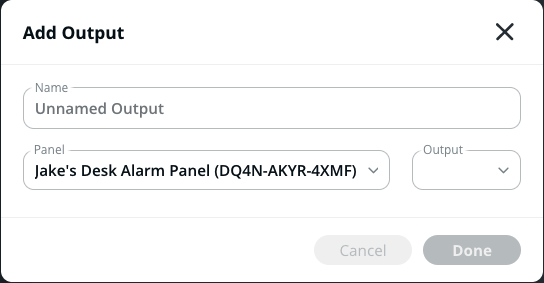 When configuring an output you must enter: